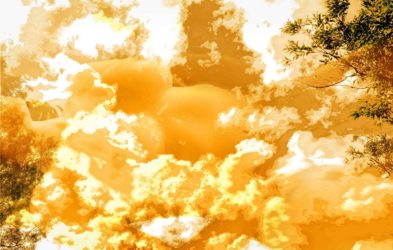 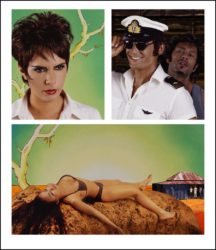 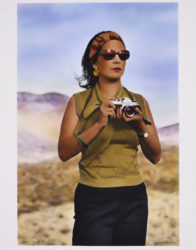 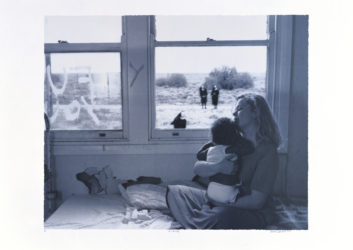 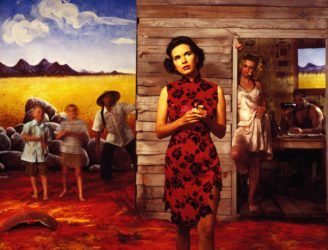 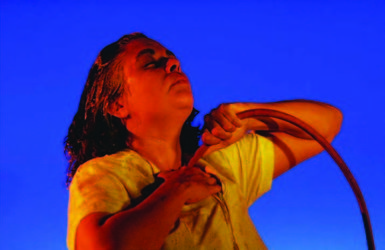 One of today’s leading international visual artists working in photography, film and video, Tracey Moffatt is known as a powerful visual storyteller, and many of her works have achieved iconic status both in her home country of Australia and around the world. She approaches all her work with a film director’s eye for setting and narrative, and her photographs play with a dynamic array of printing processes. Moffatt was the first Australian Indigenous artist to represent Australia for the 2017 Venice Biennale, in a solo presentation of two new photographic series Passage and Body Remembers in the Australia Pavilion in the Giardini. These series were subsequently shown at Tyler Rollins Fine Art in 2018.

Born in Brisbane, Australia, in 1960, Moffatt studied visual communications at the Queensland College of Art, from which she graduated in 1982. Since her first solo exhibition at the Australian Centre for Photography in Sydney in 1989, she has exhibited extensively in museums all over the world. She first gained significant critical acclaim when her short film, Night Cries, was selected for official competition at the 1990 Cannes Film Festival. Her first feature film, beDevil, was also selected for Cannes in 1993. She was selected for the international section of the 1997 Venice Biennale and was also featured in the biennials of Sydney (1993, 1996, 2008), Singapore (2011), São Paulo (1998) and Gwangju (1995). A major exhibition at the Dia Center for the Arts in New York in 1997-98 solidified her international reputation. In 2003, a large retrospective exhibition of Moffatt’s work was held at the Museum of Contemporary Art, Sydney, to record breaking attendances. She had her first retrospective exhibition in Italy, at Spazio Oberdan, Milan, in 2006. Her photographic series, Scarred For Life, was exhibited at the Guggenheim Museum and her video, LOVE, at the Brooklyn Museum, New York, in 2007. Also that year, she was awarded the Infinity Award for art photography, selected by an international panel at the International Center of Photography in New York City.

Moffatt’s newest photographic series, Portals, was exhibited at Tyler Rollins Fine Art in 2019. This exhibition marked the international debut of this body of work, and comprises a series of six photographic diptychs, each telling a “short story” imbued with mystery and nostalgia, and featuring the artist herself in various guises. The images were shot in remote, unidentified locations using low lighting and a low shutter speed, and were then subtly manipulated to achieve ghost-like effects. The result is a series of powerful images that embody an eerie dream world, filled with wonder and foreboding.

In 2011, the Bronx Museum of the Arts, New York hosted a retrospective exhibition of her video work, and in May 2012, the Museum of Modern Art, New York, presented a comprehensive retrospective of Moffatt’s film and video work, featuring screenings of all her major works and a ten-day series of artist talks at the museum. In 2013, she was honored with the Australia Council Visual Arts Award and was included in the major survey exhibition, Australia, at the Royal Academy, London. Her works are included in numerous major museum collections, including: Museum of Modern Art, New York; Guggenheim Museum, New York; Museum of Fine Arts, Boston; Museum of Fine Arts, Houston; Museum of Contemporary Art, Los Angeles; Brooklyn Museum; Centre Pompidou; Stedelijk Museum; Tate Modern; Moderna Museet, Stockholm and the Yale Center for British Art.

The Brooklyn Rail, Vigils and Travellers

The Northern Star, 16 years in film: Renowned artist to exhibit in Lismore

Elephant: The Art Culture Magazine, Confessions of a Biennale Virgin

The Saturday Paper, Tracey Moffatt at the 2017 Venice Biennale

Canadian Art, Trouble Me Venice: An Indigenous Curator’s View of the Biennale

The Guardian, Great Australian photographs: Something More by Tracey Moffatt – an audio essay

Daily Review, Tracey Moffatt at the Venice Biennale: memories are made of this

The Art Newspaper, Activism is top of Venice Biennale’s agenda

The Art Newspaper, State of the nations: our pick of the Venice Biennale pavilions

The Art Newspaper, Art world’s tips for the Venice Biennale

The Australian, Tracey Moffatt retains the mystery ahead of Venice Biennale

ABC, Tracey Moffatt defies labels but adds to the story of Aboriginal art in the Venice Biennale

The Australian, Venice Biennale ‘a gig like no other’ for Indigenous Photographer Tracey Moffatt

The Guardian, Tracey Moffatt: ‘If it becomes a little terrifying then I’m interested’

Artnews, Tracey Moffatt will represent Australia at the 2017 Venice Biennale

The West Australian, Calling out around the world

The Weekend Australian, Let me tell you a story

The Daily Beast, Tracey Moffatt’s “Other”

An Interview with Tracey Moffatt,

The Moving Images of Tracey Moffatt

The Sydney Morning Herald, Happy snaps that flatter and splatter

Tracey Moffatt: Between Dreams and Reality

The Sydney Morning Herald, A girl’s own adventure

Courier Mail, Behind the Gloss

The Sydney Morning Herald, Strip Down

Vibe, A Conversation With Tracey Moffatt

Cream Magazine, Tracey in My Room

Time, Hearts in the Picture

The Australian, A singular perspective

The Sydney Morning Herald, Zooming in on an artful tease

The New York Times, Gazing in a Mirror

The Australian, Disturbing narrative of passion and power