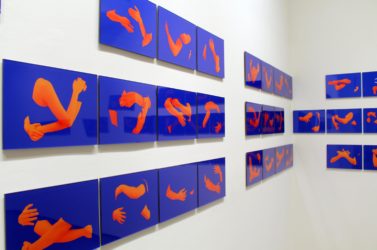 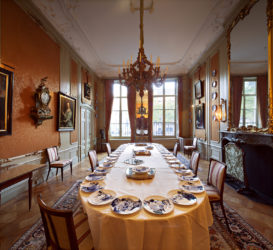 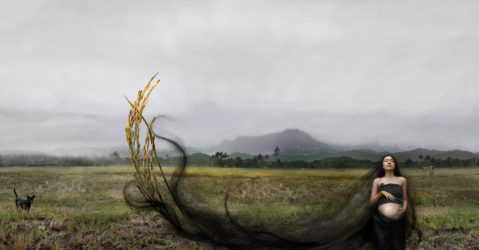 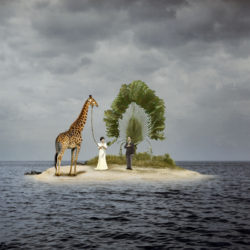 Yee I-Lann‘s primarily photomedia-based practice engages with archipelagic Southeast Asia’s turbulent history, addressing, with wit and humanity, the socio-political impact of current politics, neo-colonialism, and globalization. Born in 1971 in Kota Kinabalu, capital of Malaysia’s northern Borneo province of Sabah, Yee received her BA in Visual Arts from the University of South Australia, Adelaide, in 1993. Now based in Malaysia’s capital city, Kuala Lumpur, she has established herself over the past 20 years as one of the region’s leading contemporary artists, known for her digital photocollage series that deftly employ a complex, multi-layered visual vocabulary drawn from historical references, popular culture, archives, and everyday objects – works that speculate on issues of culture, power, and the role of historical memory in social experience, often with particular focus on themes and motifs that reference the indigenous cultures of Borneo.

Yee’s 2013 solo exhibition at Tyler Rollins Fine Art, her first in the United States, centered on Picturing Power, a series of eight digital collages referencing the history of photography as it relates to the development of colonialism in Southeast Asia and its contemporary socio-political legacies. Her 2016 exhibition with our gallery, Like the Banana Tree at the Gate, took inspiration from two motifs that are iconic in her native Malaysia and throughout Southeast Asia: the ubiquitous banana tree; and the pontianak, a vengeful female spirit with long black hair who is sometimes said to reside in that plant; with a series of her characteristic digital photo-collage works, along with a three-channel video, the exhibition evoked the potency of female power derived from local knowledge and folkloric traditions, reframing it in a contemporary context informed by an active socio-political engagement.

Yee has exhibited widely in museums in Asia, Europe, the United States, and Australia, including two retrospective exhibitions: Fluid World, a 2011 survey of her major works at Adelaide’s Contemporary Art Centre of South Australia; and Yee I-Lann: 2005-2016 at the Ayala Museum in Manila, the Philippines. Selected biennials include: the Yinchuan Biennale (2016); the Asia-Pacific Triennial of Contemporary Art (2015 and 1999); the Jakarta Biennale (2015); the Singapore Biennale (2013 and 2006); and the Fukuoka Asian Art Triennale (2009). In 2013, she also served as a member of the curatorial team for the Singapore Biennale. In 2017 she was featured in the major group exhibition, SUNSHOWER, Contemporary Art from Southeast Asia 1980s to Now, jointly hosted by the Mori Art Museum and National Art Center in Tokyo, Japan.

Imagining Identities, Love Me in My Batik

Out of the Mould, Yee I-Lann

Beyond the Future: The Third Asia-Pacific Triennial of Contemporary Art