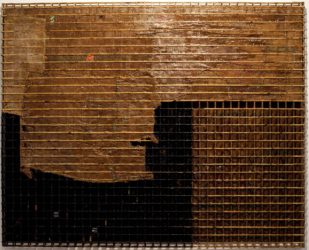 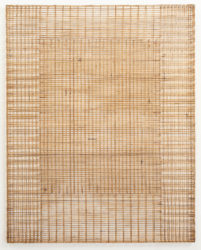 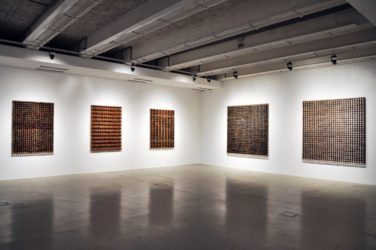 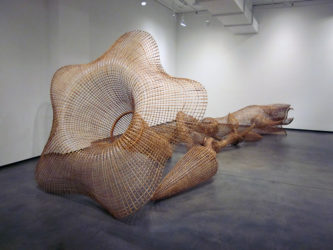 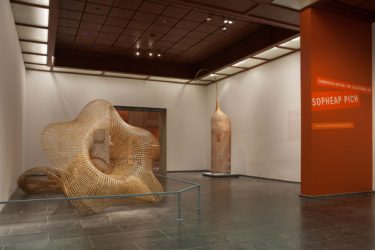 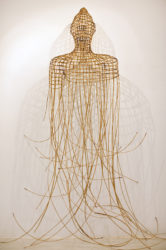 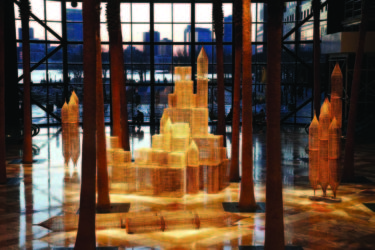 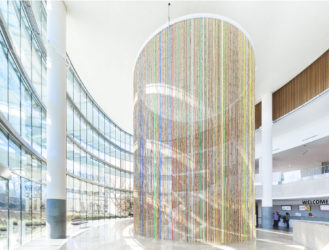 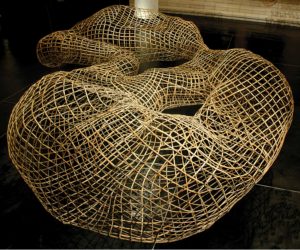 Sopheap Pich is widely considered to be Cambodia’s most internationally prominent contemporary artist. Born in Battambang, Cambodia, in 1971, he moved with his family to the United States in 1984. After receiving his BFA (University of Massachusetts at Amherst, 1995) and MFA (The School of the Art Institute of Chicago, 1999), he returned to Cambodia in 2002, where he began working with local materials – bamboo, rattan, burlap, beeswax and earth pigments gathered from around Cambodia – to make sculptures inspired by bodily organs, vegetal forms, and abstract geometric structures. Pich’s childhood experiences during the genocidal conditions of late 1970s Cambodia had a lasting impact on his work, informing its themes of time, memory, and the body. His sculptures stand out for their subtlety and power, combining refinement of form with a visceral, emotive force.

In 2013, Pich presented a highly acclaimed solo exhibition at the Metropolitan Museum of Art, New York, entitled Cambodian Rattan: The Sculptures of Sopheap Pich. The museum’s first solo show given to a contemporary Southeast Asian artist, the exhibition “can be regarded as a cameo retrospective, since its 10 works accurately reflect the range of the artist’s motifs from 2005 to late 2012,” according to Art in America. It included several large bio-morphic rattan sculptures which had been shown in the artist’s two previous solo exhibitions at Tyler Rollins Fine Art, The Pulse Within (2009) and Morning Glory (2011).  Also featured were works from Pich’s geometric series, Wall Reliefs, which were debuted in a room sized installation at Documenta (13) in Kassel, Germany (2012), and subsequently shown in Reliefs, his third exhibition at Tyler Rollins Fine Art (2013). While using the same locally sourced materials seen in his earlier, more free-flowing works, Pich’s grid-based Wall Reliefs reflect the artist’s increasing interest in abstraction and conceptualization. They consist of bamboo grids covered with strips of burlap salvaged from used rice bags that had been patched by previous owners with old fabrics and colorful bits of plastic twine, with added layers of encaustic. Pich explains: “These grid works, reduced to their bare materials and shapes, represent for me a kind of distillation of emotion, of remembrance, of reflections on what has influenced me, or the places I have been.” Works from this series have been acquired by numerous major museums, including: the Centre Pompidou, Paris; the Metropolitan Museum of Art, New York; and M+, Hong Kong.

For the 2017 Venice Biennale’s main exhibition Viva Arte Viva, Pich presented a new body of works on paper alongside a floor-standing sculpture. Each of these “drawings” was created by dipping a stick of bamboo in a mixture of earth pigments and gum Arabic, then repeatedly pressing it on watercolor paper. The passage of time is recorded as the ink slowly fades from the sticks after repeated pressings. A subtle tension exists between the precise linearity of the impressions of the sticks and the irregularities caused by the natural texture of the bamboo, variations in the surface of the work table, and changes in pressure of the artist’s hand. New, larger format works on paper were featured in Expanses (2018), the first of a two-part solo exhibition at Tyler Rollins Fine Art, where they were shown together with Ordeal, a large-scale sculpture recently exhibited at the Asian Civilisations Museum in Singapore. This was followed by The World Outside (2019), an exhibition of floor-standing and wall-hanging sculptures, mainly organic in form, that make use of a diverse array of natural materials, including goat hide, stone, antler, and naturally curved bamboo stalks, as well as Pich’s characteristic strips of rattan and bamboo. Each of the works in some way embodies a sense of a hidden mystery that is revealed through an intimate encounter with a physical object in the natural world. Recently on view at the National Gallery Singapore was Cargo, two shipping container sized sculptures that were included in the recent landmark global survey exhibition, Minimalism: Space.Light.Object.

Sopheap Pich: The World Outside

Sopheap Pich: The Pulse Within

COBO Social, Explore the “Exapanse” of Minimalism with Sopheap Pich 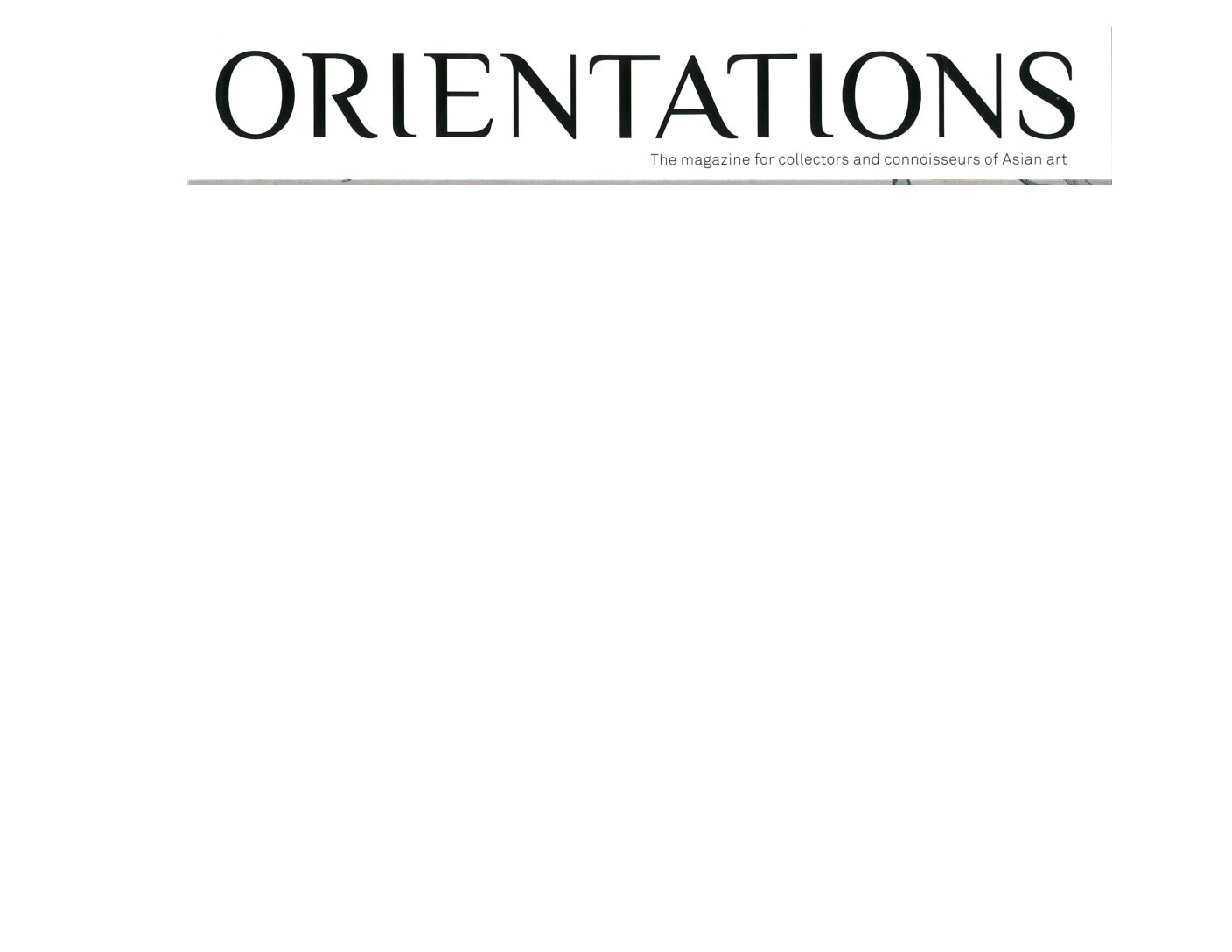