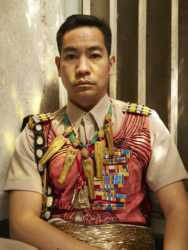 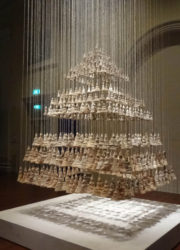 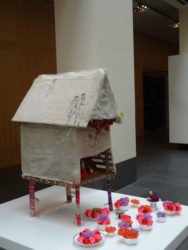 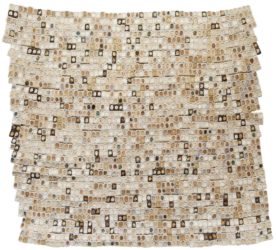 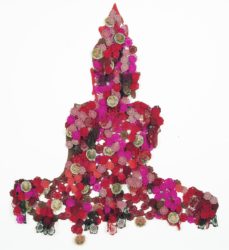 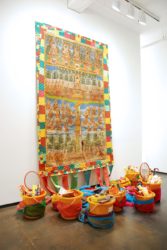 Jakkai Siributr is one of Southeast Asia’s leading contemporary artists working primarily in the textile medium. His fascination with textiles and embroidery began as a child in Bangkok, and he went on to study textile design in college and graduate school in the United States before returning to Thailand. He is noted for producing meticulously handmade tapestry and installation works that make powerful statements about religious, social, and political issues in contemporary Thailand. A main preoccupation of his art is the interaction of Buddhism and materialism in modern life, and the everyday popular culture of Thailand.

Jakkai has received increasing critical attention since his 2008 solo exhibition with Tyler Rollins Fine Art, Temple Fair, which was covered by such major publications as Time Magazine and the Financial Times. A highlight of 2009 was his participation as a featured artist in the 2009 Asian Art Biennial at the National Taiwan Museum of Fine Arts, where his work was shown with noted artists from across Asia, such as Subodh Gupta and Xu Bing. A group exhibition in Thailand presented his works alongside those of multimedia artists from Thailand and India, and in the United States, his works were on exhibit in Miami and at the Rubin Museum in New York. Jakkai returned with a new show in the gallery in 2010. The exhibition, entitled Karma Cash & Carry, featured a new series of textile compositions alongside installation and video works. Alluding to the way contemporary Thai popular religion incorporates such practices as fortune telling and winning lottery number prediction, Jakkai organized the exhibition around his conception of a karmic convenience store, where merit can be bought and sold. He made use of found objects associated with bringing good fortune, integrating them into his elaborate compositions of Thai fabrics, embroidery, and hand stitched sequined work. Jakkai’s hand stitching is an incredibly detailed and time consuming process – which he likens to a meditative practice – and this limits his annual production to only a handful of works. He maintains a rigorous connection to traditional Thai craft techniques while making a strong commentary on contemporary issues. In 2014 Jakkai presented his third solo exhibition with the gallery, Transient Shelter. The exhibition featured a series of self-portrait photographs that had him “embodying” the elaborately embroidered and ornamented uniforms that were also part of the exhibition, along with a video work. The exhibition was a meditation on the transience of worldly success and the way the trappings of social status are often imbued with quasimystical associations that maintain a link with animistic beliefs. The works were subsequently featured in the group exhibition, The Roving Eye, at ARTER Space for Art in Istanbul, Turkey (2014-2015).

Hyperallergic, Following the Threads that Connect Clothing to Religious Persecution in Southeast Asia

Displaced: The politics of ethnicity and religion in the art of Jakkai Siributr, catalogue

The Nation, Ethnicity in Art

Art in America, The Fabric of Memory

The Straits Times, A matter of life and death